I developed an intellectual crush on Douglas Rushkoff when I first read “Media Virus”, and then “Cyberia: Life in the Trenches of Hyperspace.” It motivated me to write and ask him if he would come to San Francisco and speak at one of our NBMA meetings. I thought it was a long shot. I was surprised to get an immediate response from this very approachable and engaging young man. Below is the article and interview announcing what would be a standing-room-only event.

An Evening with Rushkoff NBMA GENERAL MEETING
What: Douglas Rushkoff
“How Commerce Swallowed Community: Wasn’t This Supposed to be Fun?”
When: Thursday, September 16

How did a “30-something” chronicler of the digital frontier tap into the psyche of an entire techno-culture, then recount what he found with such insight and clarity he wound up being consultant to the U.N. Commission on World Culture?

The wunderkind in question is Douglas Rushkoff and you can ask him that and more when he joins us for our September 16 meeting.

Douglas Rushkoff has been called the “brilliant heir to McLuhan” and the “hip young chronicler of New Age cyberspace” with a “resume that makes Thomas Jefferson look like a slacker”.

Rushkoff is good at what he does and a savvy and trustworthy guide into the issues of media and culture. If you’ve read his earlier works about media-spawned memes, or how kids fare in technology’s chaotic onslaught, then maybe you were there when he took us inside the heads of so-called ravers and cyberpunks and revealed the links between chaos math, computer graphic tools and psychedelia. If so, you know these books break down elitist barriers between generations and life styles and leave you with a more balanced understanding and acceptance of what’s really going on — a friendly “jerking of the head from the sand”, if you will.

Now Rushkoff is back with a new book, “Coercion: Why We Listen to What ‘They’ Say”. This one blows the lid off the manipulative marketing ploys used by Fortune 500 companies and high rolling web merchants. As Howard Rheingold puts it, “Rushkoff makes visible the ways our minds are not entirely our own.”

Admittedly, Rushkoff has either witnessed or been a party to at least some of what he exposes! But after having been a willing consultant to marketing professionals re-purposing themselves for interactive media, Rushkoff now shines a glaring light back into the faces of the powers that be.

Since many of us in the NBMA are on-line developers and marketers, I asked him what message he wants us to take away from this meeting.

DR: “I think everyone who got involved in new media did it for a genuine love of what the technology could do and for the new ways to communicate with people. But it’s easy in the current climate to forget what made this fun and meaningful. I hope what they take away is a sense of, not exactly nostalgia, but more of an ‘Oh, yeah, that’s what this was about. Life can be fun’. I think a lot of people have lost that, especially people in business. Hopefully they will get re-charged and take away a renewed sense of purpose about why they got into this business.”

NBMA: “Your new book, ‘Coercion’, reveals the on-line marketing ploys that we as consumers may fall for and which developers can be tempted to mimic. The book may help dilute the effects somewhat, but where do we go from here?”

“Whether you are a consumer or one in the position of creating coercive media, keeping up is, itself, a booby prize. There is no way to keep up. The only way to get off the treadmill is to break the cycle. It’s not just a matter of trying to be more media literate than your coercer, it’s really agreeing not to be a coercer yourself.”

NBMA: “And the developers and marketers who are willing to break the cycle . . . do they risk being left in the dust?”

DR: “The risk they run is starting to enjoy their lives and feeling good about what they do. The risk they run is actually communicating effectively to their clientele. The only really dangerous risk for some will be realizing that their product or service may have no actual advantage over the competition. And if that’s what they discover, well.. they’d find that out sooner or later, anyway.”

Regardless of where you find yourself in the new media on-line scheme of things, Rushkoff will no doubt have plenty to say that’s relevant to you. He seems to have staked a claim in history as a probing and articulate social theorist, not to mention become the object of an inevitable wave of “intellectual crushes”. Come and meet our man of the hour on September 16 and shake hands with a gracious and approachable guy — one that still answers all of his own email! 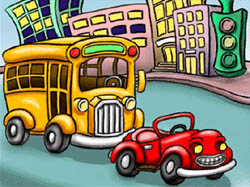